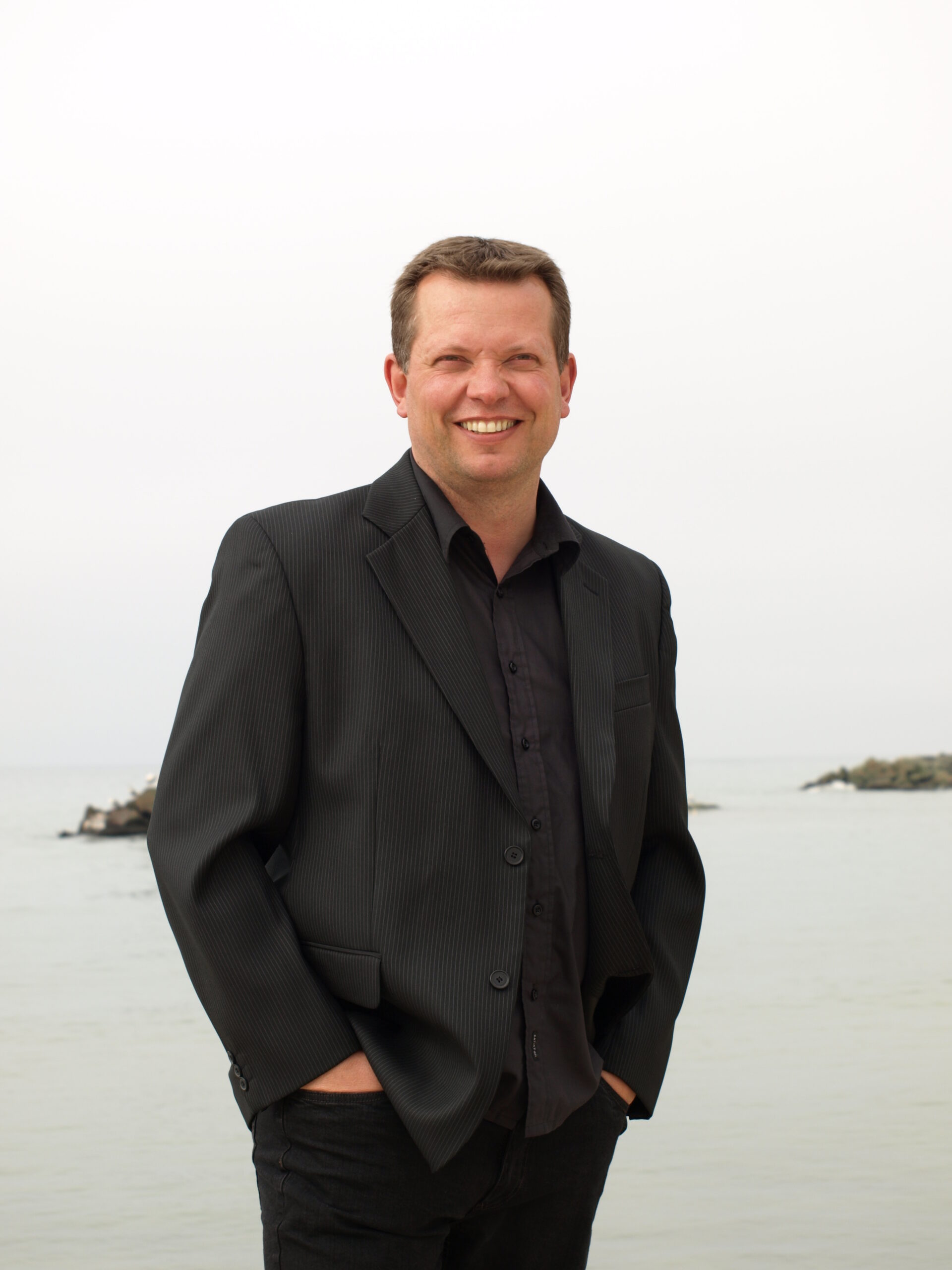 Under this name, Tony makes dub tech, ambient, drum & base, and other kinds of hyper-state music. One of the releases “Fra et Ispalads” feat. DJ Don Voorhies in the project “Dorff & Voorhies” has been released at the french Qvadrant label late 2009.

His first solo project was called “Horizon” which was released on MC in 1988. His inspiration came from a trip to the Red Sea in Israel – and especially experiences while diving at the coral reefs in the Red Sea.

“Offshore Destination“, was first produced in 1995 and released on MC in 1995, and then re-released and re-mastered digitally on CDR in 1998.

It all began with mine and especially my parent’s wishes that their young ones should be kicked out of the house at an age where they can barely walk to either do any kind of sport or play some kind of weird musical instrument.

I belonged to the category of “weird musical instruments”, and in the year 1976, from January to March I defied many storms and other kinds of bad weather in order to play the fantastic “organ”. At the time, it was very popular for all modern families to acquire a so-called electronic organ with accelerator, bass pedals, and rythm box. In our family, we could not afford that fine instrument at first, so I had to do my home rehearsals on an almost antique and very very old fashioned pump organ.

When I had learnt the basic “rules”, my father invested in an electronic organ called “Family” and it did, if nothing else, live up to its name, as my entire family had to listen to my acquired “wisdom” in the shape of long improvised concerts on keys and foot-bass.

Naturally, this could not go on so after two seasons, I had to stop my lessons at my organ teacher’s. If it is to be interpreted as a good or a bad thing, I don’t know, but my nice organ teacher also stopped teaching and went into the movie business.

Well, to continue my story, I was actually rather fed up with playing the organ, and I was not really interested in playing the organ the following years. But in 1981, I became familiar with the German band Tangerine Dream who at the time had just released the album “Exit”. I was deeply impressed with their music, and since then I bought all their albums, more or less.

Having heard Tangerine Dream the little keyboard player in me woke up again, and I had discovered a new musical instrument, i.e. the syntheseizer…

At our local music shop I had become a familiar face as I had fallen in love with a synth called “Multivox”, which is a syntheseizer similar to a Roland Jupiter 4. I often went to the shop to try it out, and needless to say, I often spoke about it at home, so my entire family were not in doubt of what my new interest was.

But alas, one day when I went down to the music shop, the Multivox was gone, unfortunately they had sold it, and I was crushed because I had almost saved up all the money for it… But when I got home, imagine my surprise when I saw that on top of the electronic organ was my Multivox synthesiezer…I was so excited that my parents had invested in this wonderful instrument.

In the months that followed, I composed music for both the organ and the synth, and I recorded it all on MC. I had gradually learnt the ropes of elementary studio techniques, and eventually I needed some real musical instruments. I had become very interested in electronic music, and I had outgrown the organ sound.


In 1986, I invested in the following instruments:

With this equipment, I made quite a lot of Tangerine Dream inspired music, and as it turned out, sequencer-programming became one of my strong points, as I syncronized delay time with sequencer rate and I got a really cool effect.

I collected the best of my music on the first release,  the MC “Horizon” in 1989. Eventually, Horizon has been re-mastered and the illustrator and copywriter, Martin Madsen made the cover for the cassette.

In 1990, I exchanged my Roland D50 for the new Roland D70, and I made some pieces of music which were never relased, but I entered a talent show with one of my pieces, unfortunately I did not win anything. Little by little things settled down a bit, and I went in for other intersts and hobbies for long while. I gradually sold off my instruments until hardly anything was left.
In the following four years, I was interested in different things; after a holiday in Israel where I dived in the Red Sea, I trained for a CMAS II diving certificate, and I went on diving excursions in excotic places. But this brake from music had convinced me that I couldn’t live without music. This element was missing from my life, and I needed to express my feelings after my diving experiences somehow. I missed making music.

In 1995, I started building up my present studio, and the first instrument I acquired was a Korg X2 Synth/Workstation, and since then a lot of instruments have been added (see sheet list at the end of this text).

While I was composing the music for the CDR “Offshore Destination”, I entered into a contest arranged by a music magazine about electronic music called Midi Mag. The contest was called “Ghost in the Machine” and one had to compose a piece of electronic music which, if picked out with nine other finalists, was to be performed live at the Copenhagen Jazzhouse.

My contribution, “Why not do it” was selected to be among the 10 finalists, and it was great to be able to perform in front of an audience. That Tuesday in September 1995 was a great success. The audience were cheering and yelling – it was a really great experience, eventhough I didn’t win…

After my first live performance, I continued working on my project “Offshore Destination”, and in January 1996, I was ready to release it on MC, and once again Martin Madsen produced both text and cover.

In the spring of 1996 I started working with Kent Eskildsen.

Concurrently with Kenton Files I have only had a limited amount of time to work on my own projects, but I expect to divide my own music into two categories. Under the name Tony. A I am producing Techno, Trance, Chill-out, etc. and under different bandnames I am making the more traditional kind of synthesizer music. My biggest source of inspiration is Tangerine Dream, but I have also been inspired by Jarre, Vangelis, Erik Serra, Mike Oldfield, Schulze, Pink Floyd, and Biosphere (Geir Jensen).

In 2001 I established the sound studio ”Nanovision.dk”. From that year I worked professional with all kind of music styles & recording techniques. In 2003 I meet the guitarist Mike. H In a studio session, recording his new CD “Epilogue”.

We  joined forces as musicians in the project “Solar Agency”. The music is in the lean back  chillout  style. Solar Agency has released the EP “Hybrid Lounge” in 2004.

In 2004 I start playing the percussion in the DJ constellation “DJuice n´Bongo. – A project which mainly worked out as live gigs in clubs & discoteques in DK. The music was in the style of the wellknown “Safri Duo” which has the world hit “Played Alive”.

After ending the two above projects in 2007, I´ll mainly work with music as technician & producer for other artist among working with music in Timescape. In 2009 I start working as musicteacher in studiotechnique & electronic music.

I was also in 2009 founder of the electronic musicfestival “NO9” (www.numbernine.dk). In 2010 I was together with Kent.E (Timescape) composer of a great 30 minute musicpiece, which celebrate the city of Viborg´s 950 year anniversary.

Well summary will be that I´m still going strong for more than 30 years in the music buissness, and what the future will bring only time will tell. But proberbly it will contain some kind of work in the music industri.

There are 4 comments on Tony Andersen Bio